Energy bills are set to soar after Brexit. We take a look at why and consider ways to protect your business from the price hikes. 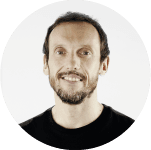 Will there be energy supply problems?

The UK’s planned departure from the EU has been put back again, with January 31st now pencilled in as the proposed leave date - and still no-one knows what the economic impact of Brexit will be.

For some, the land of milk and honey awaist, for others a catastrophic sweetheart deal with the US is all we have to look forward to. In truth, no one really knows what lies ahead, and there’s still an unsettling amount of uncertainty surrounding the terms of any exit, and the implications for businesses and households across the country.

Regardless of whether you voted Leave or Remian, as a business owner, you should have concerns regarding the financial implications of the UK leaving the EU.

From trade agreements and regulations, which could affect your workforce or supply chain, to an increase in overheads which could impact your bottom line - all this uncertainty is bad for business.

There is one thing that is looking increasingly certain though - we’ll all be paying more for our energy following the revised divorce date. But why exactly is the cost of gas and electricity set to soar? Are we at risk of supply issues following the split? And is there anything you can do to protect your business from the price hikes?

Why your business will pay more for energy after Brexit

A House of Lords committee has warned that the UK faces energy shortages and increased gas and electricity bills after Brexit, if the transition is not managed well - one of the main stumbling blocks being that almost half of the UK’s gas supply is imported from the continent.

Around 40% of the gas used in the UK comes from Norwegian and other European pipelines, while around 6% of electricity is generated in France, Holland and Ireland.

If the UK leaves the EU single market and begins trading outside of the EU’s Internal Energy Market, the frictionless trade we currently enjoy with these European partners will be put at risk, meaning consumers could be forced to pay more.

Furthermore, the UK will still be subject to the EU’s internal energy market, but will no longer be in a position to contribute to the decision-making process, which could subsequently lead to a loss of investment, and could also see us paying a higher premium on our energy due to increased transportation costs.

There are currently four subsea pipelines connecting the UK to Europe, with a further 11 currently planned or under construction, at least eight of which are expected to be completed by 2022.

This means the UK is about to become even more dependent upon imported energy at the exact moment it leaves the EU - a big problem where costs are concerned as the free flow of energy across these interconnectors is vital to maintain a level playing field in the energy market and keep prices down.

Leaving the EU without an adequate energy deal also means energy supplies may be at risk during extreme weather or when power infrastructure suffers technical problems - the subsea cables help balance energy supplies and guarantee supply when wind and solar power is unavailable.

Not only could this disruption in supply lead to power outages and increased costs, it might even have a knock-on effect on the EU climate change policy and hinder the efforts to fight global warming.

Uncertainty in the energy market

As things stand, the UK is part of the EU Emission Trading System (EU ETS), an EU-wide cap and trade system which puts a price on carbon through trading of emission permits. If the UK leaves the EU ETS, it’s unclear what carbon pricing mechanism will replace it and the exposure to carbon costs for that period is undefined.

This will make it difficult to price any thermal generation and causes deep uncertainty across the market.

To protect against market volatility and wholesale price rises, suppliers buy their energy up to years in advance, and October will see the UK’s four biggest electricity producers — EDF, RWE, Scottish Power and SSE — set the price for their winter 2020/2021 contracts to supply smaller UK providers.

He said: “The lack of certainty around the future carbon-pricing mechanism as well as the rules underpinning the cross-border trade of electricity and gas create risk, and risk has a price. This situation is likely to create cost pressure that will feed through to customer bills.”

Will there be energy supply problems following Brexit?

The UK's reliance on imported gas supplies could not only help to push prices up, it might also lead to shortages, particularly during any Europe-wide cold snaps.

Marco Alvera, head of European industry body GasNaturally, has explained that the UK’s reliance on gas imports could cause problems post-Brexit, as EU countries could restrict supply during colder periods to cater for their own citizens.

He said: "In the week when we had the 'Beast from the East' very cold spell coming, the system was already under a lot of strain, and the UK was taking a lot of gas from Europe that was stored in Europe."

Whatever your thoughts on the UK’s impending departure from the EU, there’s mounting evidence to suggest that your business will be paying increased energy costs if and when the divorce is ever finalised.

There is one simple way to avoid the price hikes though, switch business energy supplier and tie yourself into the best fixed-rate deal available.

Making the switch with Make It Cheaper means we’ll find the best energy rates for your business – cutting costs by as much as £2,144* a year – and lock them in for up to five years.

Paul Galligan, CEO at Bionic, said: “Brexit is of course a hot topic for any business in the UK, and means uncertainty around all business costs. Business energy is no different. Energy UK’s report highlights some of the causes of these likely rises and only goes to strengthen the case for switching soon for longer fixed term tariffs, securing rates for your business before they become too volatile.”

To see how much your business could save, and how long you can lock the best rates in for, give our business energy experts a call now on 0800 970 0077, or leave a few details here and we’ll give you a call back.

The revised Brexit deadline is already fast-approaching, switch now to avoid paying an added premium on your business gas and electricity bills.